May 1st is has a rich history when it comes to sports. A plethora of events occurred, so I will dive into all the history in this article: 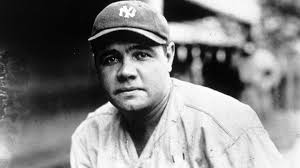